Rivian’s Electric Truck Is a Cutie and a Beast

The R1T can haul five tons, conquer brutal off-road trails and sprint to 60 miles an hour in a blink. And about that Camp Kitchen tucked inside …

The redoubtable Rivian R1T, the first crusher in a coming wave of electric pickup trucks, can soar unscathed over gnarly boulders, hitch an 11,000-pound load and scorch 60 m.p.h. in about 3.5 seconds. The truck brings everything and the kitchen sink, with outdoorsy options such as a rooftop tent and a track-mounted Camp Kitchen, which lets owners whip up a trail-side omelet and wash up afterward. And after its hot-starting initial public offering, Rivian is already valued at nearly $100 billion, more than such behemoths as Ford Motor and General Motors.

All good so far, for the company’s fingers-crossed shareholders, stakeholders (including Amazon and Ford) and 9,500 employees. Some consumers may still have a question: What in the world is a Rivian?

The R1T, now emerging from a former Mitsubishi factory in Illinois, must navigate that awkward getting-to-know-you stage, just as a then-obscure Tesla did with its Roadster in 2008 and Model S in 2012. Unlike Tesla, which created the electric vehicle market and once had it mostly to itself, Rivian faces immediate competition from G.M.’s 1,000-horsepower GMC Hummer EV pickup, and from a Ford F-150 Lightning — based on America’s best-selling vehicle for 39 straight years — set to arrive in spring. Tesla has pushed Texas production of its outré Cybertruck to sometime in 2022.

Rivian, based in Irvine, Calif., took 12 years to get to market, but its timing appears ideal. Pickup trucks continued to strong-arm market share as the pandemic hammered sales of traditional cars. A residential flight from big cities, such as New York’s exodus upstate, may have played a role. (Home project, meet pickup truck.) One in five vehicles sold in America is now a full- or midsize pickup, or well over three million sales in a normal year.

Where Ford’s Lightning appears to be a more conventional, task-oriented truck, the 16-inch-shorter Rivian is a born adventurer. A pioneer, too, proof that an electric four-by-four can tackle the most forbidding backcountry. This summer, an R1T successfully navigated the TransAmerica Trail, a roughly 5,000-mile crucible from North Carolina to the Oregon coast. If most buyers are content with only a dirt road to a cabin or campground, they can always dream.

Starting at $68,575, the Rivian becomes the market’s first E.V. to integrate four independent electric motors, each spinning at up to 18,500 r.p.m. That allows all manner of “torque vectoring” tricks, apportioning real-time power to any of four wheels to maximize performance. All while barely making a sound. “Tread lightly” is the mantra of any conscientious off-roader, and the Rivian eliminates a noisy internal combustion engine and its tailpipe spew.

“You can hear the stream trickling when you come down the trail — and the birds,” said Brian Gase, Rivian’s director of special projects.

Yet little will stand in the way of the R1T or its sport utility offshoot, the R1S. An adjustable air suspension and four off-road modes — Auto, Rock, Rally and Drift — allow up to 15 inches of ground clearance. That’s a stunning 4.2 inches more than a Jeep Wrangler Rubicon, a touchstone of overland ability.

Move to city-slicker surfaces and this 835-horsepower beast will outrun or dance around any petroleum pickup I’ve tested, claiming a 3.0-second dash to 60 miles an hour. That’s despite a curb weight of nearly 7,150 pounds, about a ton more than a typical full-size gasoline pickup. This truck doesn’t defy physics so much as stage an open revolt.

The Rivian never feels quite that quick, and auto publications are finding 3.5 seconds to 60 m.p.h. is more like it. Even that is ridiculous acceleration for any bona fide four-by-four, let alone one that weighs as much as two BMW 330i sedans, and could tow three Bimmers at highway speed. Like most whispery E.V.s, the Rivian plays tricks with one’s somatic system. Without aural cues and frenzied pistons, a more-reliable calculus for forward progress is to watch small cars turn to smaller specks in the mirror.

On hilly roads girdling New York’s reservoirs, the Rivian carved up those BMWs and Benzes as if they were holiday turkeys, its clever hydraulic anti-roll system keeping the truck’s body as flat as a platter. A roughly 135-kilowatt-hour battery pack, shielded by composite underbody armor, provides up to 314 miles of range, as rated by the Environmental Protection Agency — reasonable, considering all that mass and drag. Switching into Conserve mode lowers the ride height and operates front-axle motors alone to save juice.

The R1T’s brake pedal feels a bit squishy for my firmer tastes, but there’s no denying the truck’s awesome ability to shed speed. In objective testing, Edmunds.com found the Rivian set lofty new pickup records for stopping distance, acceleration and road-holding grip. Less-hurried owners can drive for hours or even days without ever brushing that brake pedal: A smartly chosen, driver-adjustable regenerative function allows effortless “one-pedal” driving to smoothly halt the truck by lifting off the accelerator.

For all its crushing strength, the Rivian is a cutie. Today’s pickup vogue, embodied by the Hummer or Cybertruck, is to resemble a Mechagodzilla, all stomping, fire-breathing menace. The Rivian’s oval, translucent LED eyes, clean lines and cheerful mien are more Iron Giant: rated for all ages, genders and personalities, not just Costco cosplayers in trucker hats.

The interior takes a safe path with the Apple-esque minimalism that is in vogue for E.V.s. A mite longer than midsize trucks, much shorter than full-sizers, the R1T offers a back seat comfortable for two or three adults. Most traditional switch gear is shorn in favor of controls on a 16-inch center touch screen, not always for the better.

Company representatives believe the cloud-based navigation system will handle directional tasks, and an 18-speaker Meridian audio system will play nicely with onboard apps such as Spotify, or link smartphones via Bluetooth. But the lack of available Apple CarPlay and Android Auto — standard fare on most budget cars — may demand a course correction.

Yet design, materials (including vegan leather and genuine ash wood) and craftsmanship are convincingly luxurious. And ingenuity rules. A portable Bluetooth speaker detaches from the center console, ready for campfire singalongs, with a 1,000-lumen flashlight in the driver’s door. USB ports and 110-volt outlets are sprinkled through the cabin and cargo bed. That bed features an electric tailgate, and an optional air compressor to “air down” tires for off-road exploration and refill them for the ride home. There’s no need to pack light: A big storage “frunk” rests below the hood and another beneath the 4.5-foot cargo bed, with a drain plug to double as an ice chest for tailgating.

The so-called Gear Tunnel will bore into outdoorsy hearts. This door-to-door abdominal cavity behind the passenger cab, made feasible by the lack of an internal-combustion drive shaft, swallows cargo or extras such as the optional, $5,000 Camp Kitchen. That à la carte item is not cheap. But unfurled from the Rivian, the industry-first unit will stop traffic at any tailgate bash or bonfire, with a two-burner convection cooktop, a collapsible sink with spray faucet and water tank, and a 30-piece Snow Peak kitchen set.

Now all Rivian needs to do is cook up sales. Like a baby Tesla, the company expects to burn through a few billion dollars before it can generate positive returns. Amazon owns a 20 percent stake — currently worth about $20 billion, more than five times its original investment — and has ordered 100,000 last-mile Rivian delivery vans through 2030. We will see if such fleet vans become Rivian’s side hustle or the main job.

Whichever electric truck early adopters prefer, one had best get a place in line. Ford says it has 160,000 customer reservations for its Lightning, but expects to build just 15,000 next year before rapidly expanding production. Rivian, in a federal filing, cited a backlog of 55,400 orders for the R1T and R1S.

Ford lowballed the Lightning’s starting price at roughly $42,000, but for a work version with a modest 230-mile range. Good luck finding one at dealers. A higher-volume Lightning XLT will start closer to $55,000, with a loaded Platinum edition brushing $90,000.

Ford (along with G.M.) touts massive scale, dealership networks and manufacturing experience, albeit in fossil-fueled trucks. Like Tesla, Rivian plans to forgo traditional showrooms in favor of direct sales in all 50 states. The company plans to open dozens of service centers in North America, but is also banking on remote diagnostics, over-the-air updates and mobile technicians who can service Rivians at homes, even when owners are away.

Either way, Ford can win: It owns 12 percent of Rivian, though it just dropped a plan to develop an E.V. in partnership with Rivian. Founded by R.J. Scaringe, Rivian hopes to fulfill its existing orders by the end of 2023, from a factory that can build 150,000 units a year.

Whatever else happens, Rivian can claim to be first mover in the electric truck space. From this electric David, the R1T lands an impressive first shot. Let’s see what the Goliaths do when they get off the mat. 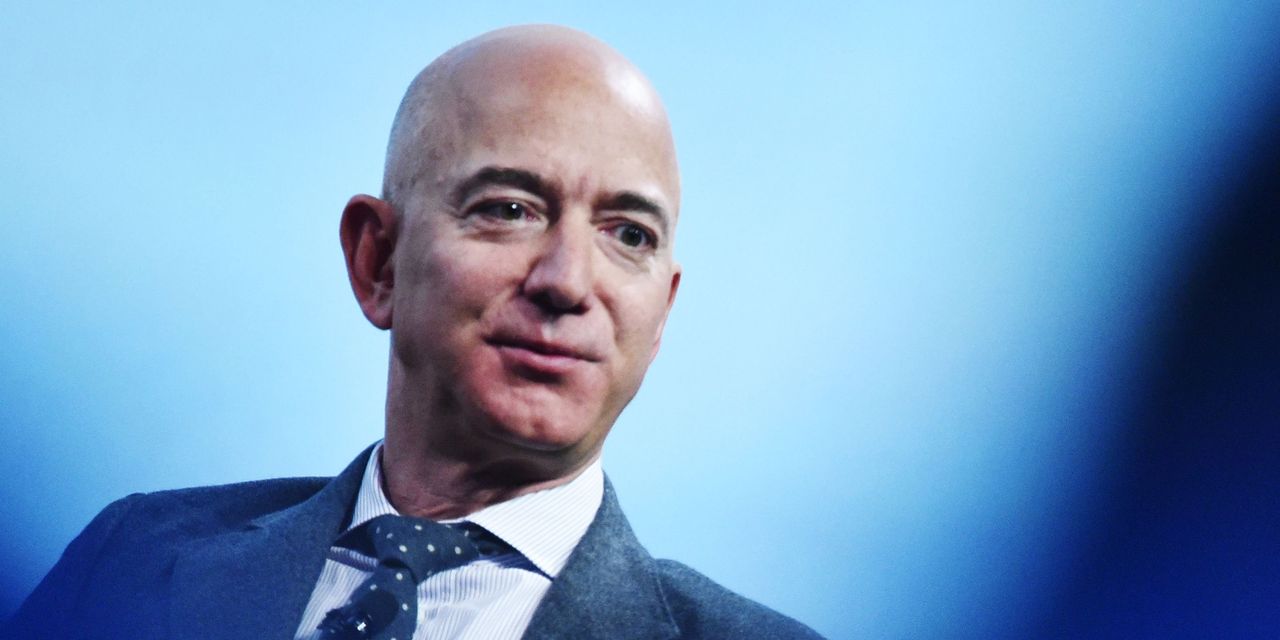 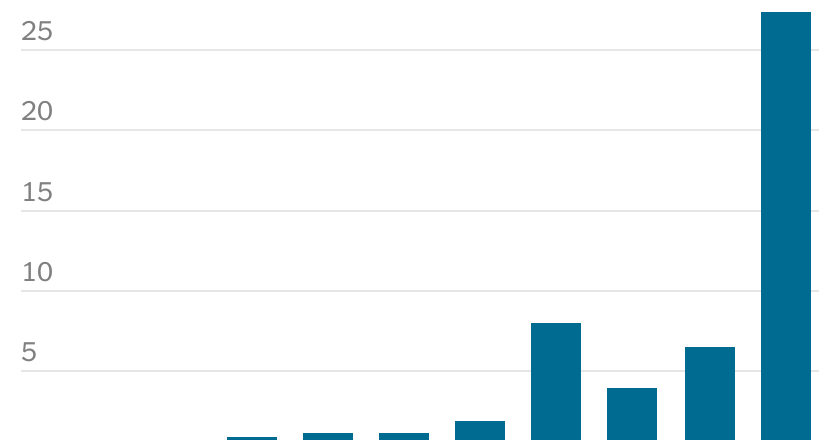 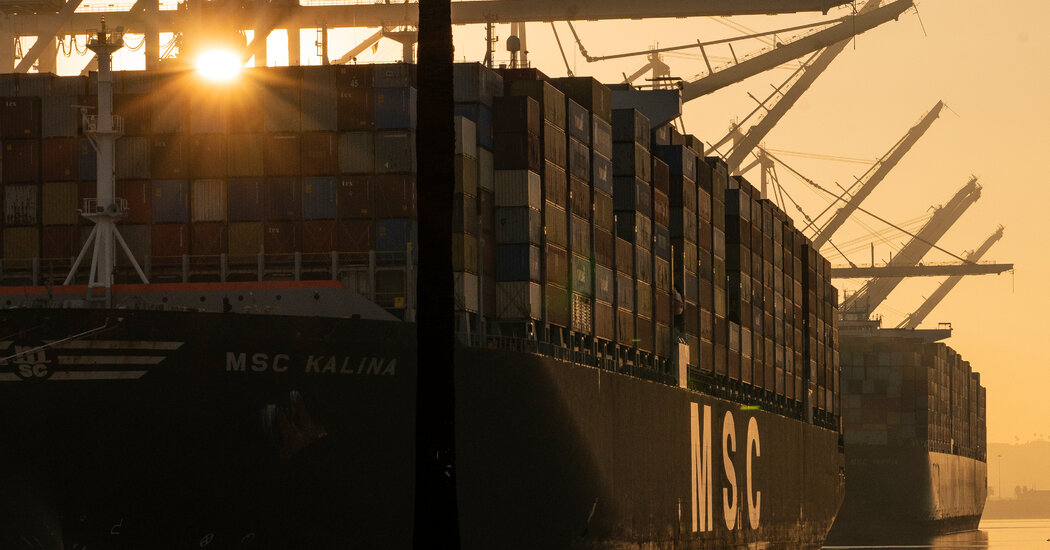 Omicron's Effect on Inflation Is Up for Debate 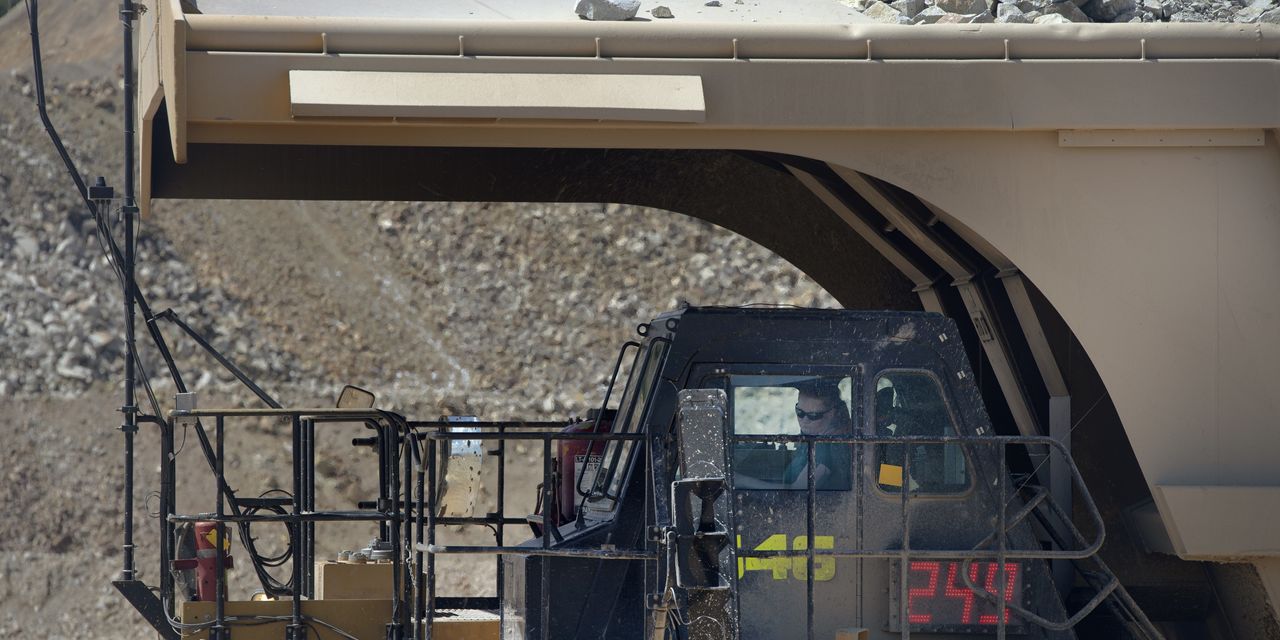 For Big Miners, U.S. Workers Are Most Reluctant to Get Vacci... 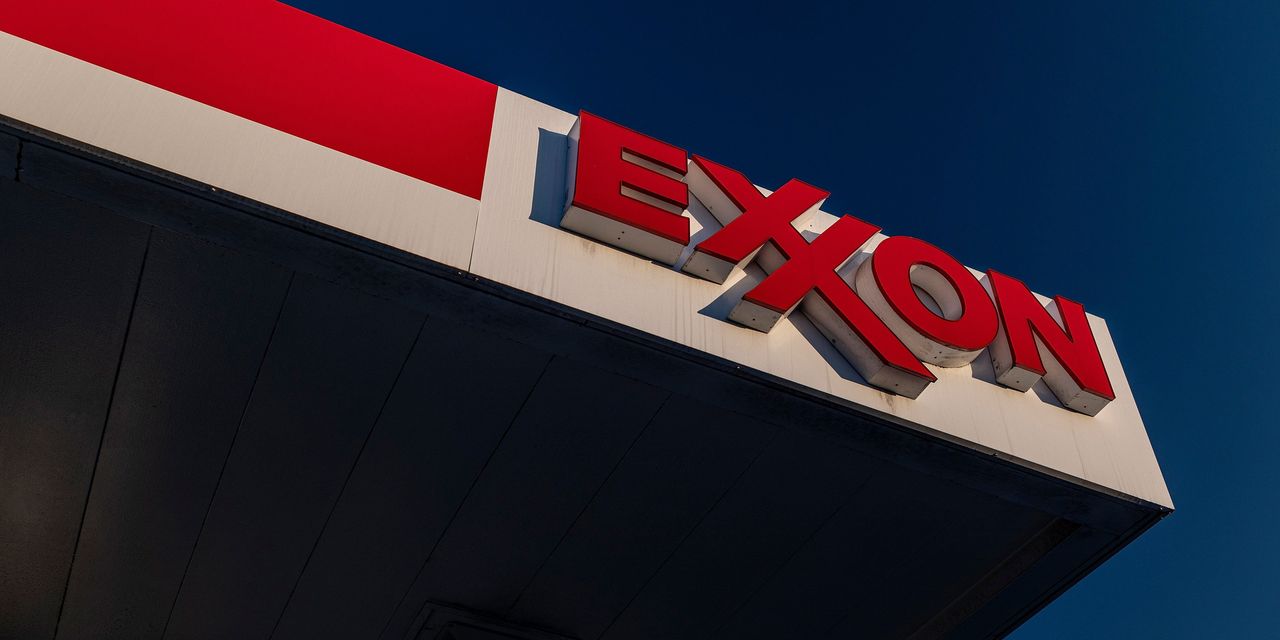 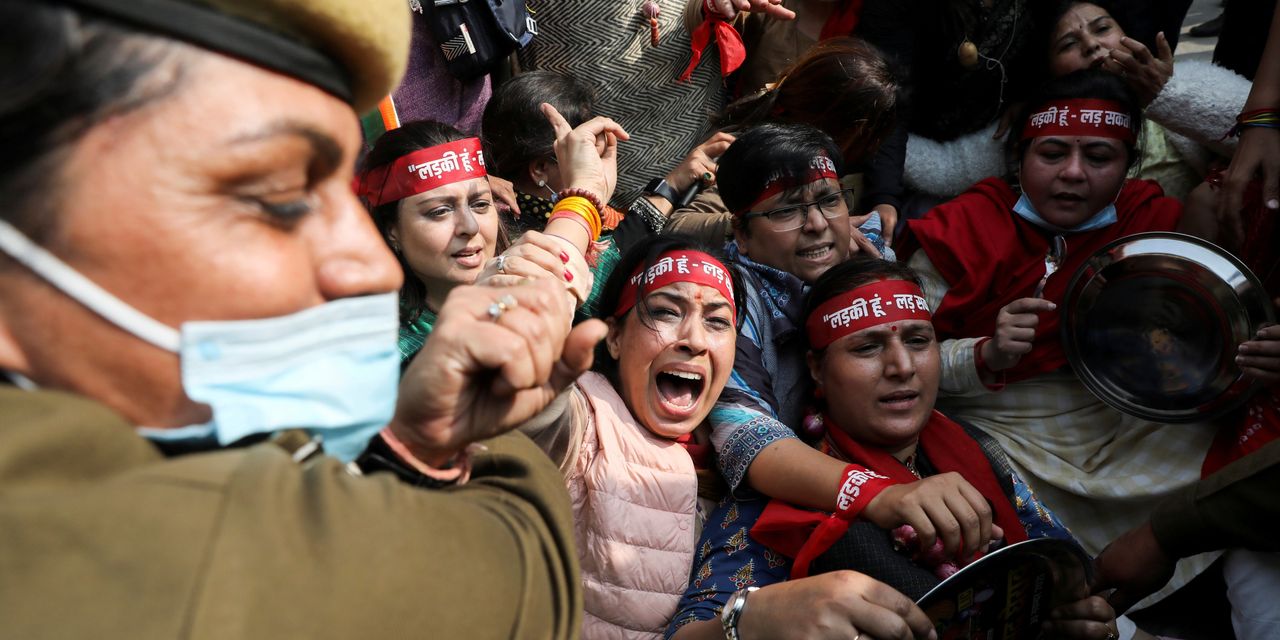 Global Inflation Set to Be Higher for Longer, Says OECD 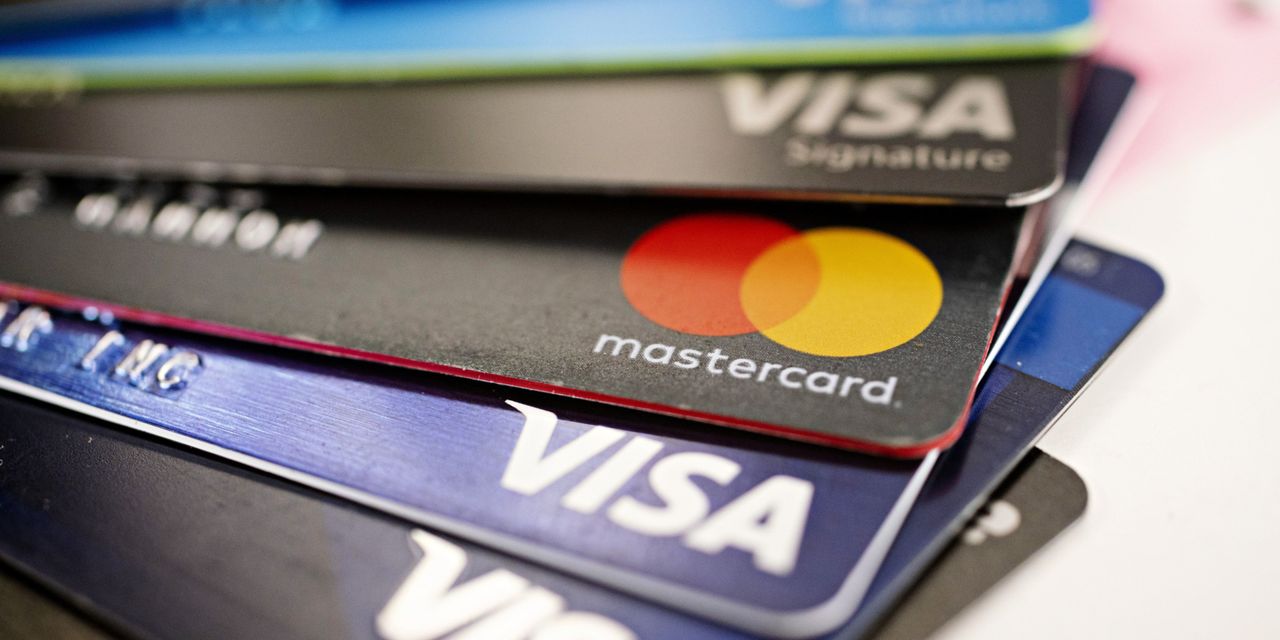 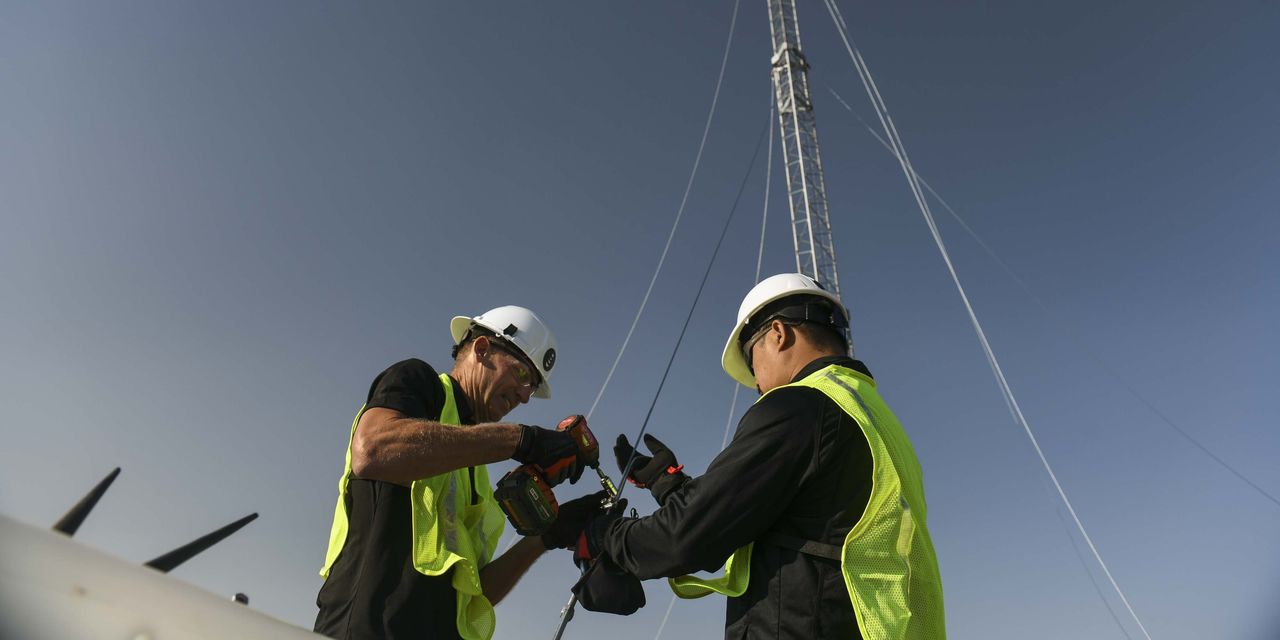 Not Sure How Much You Should Be Paid? Colorado Could Offer S... 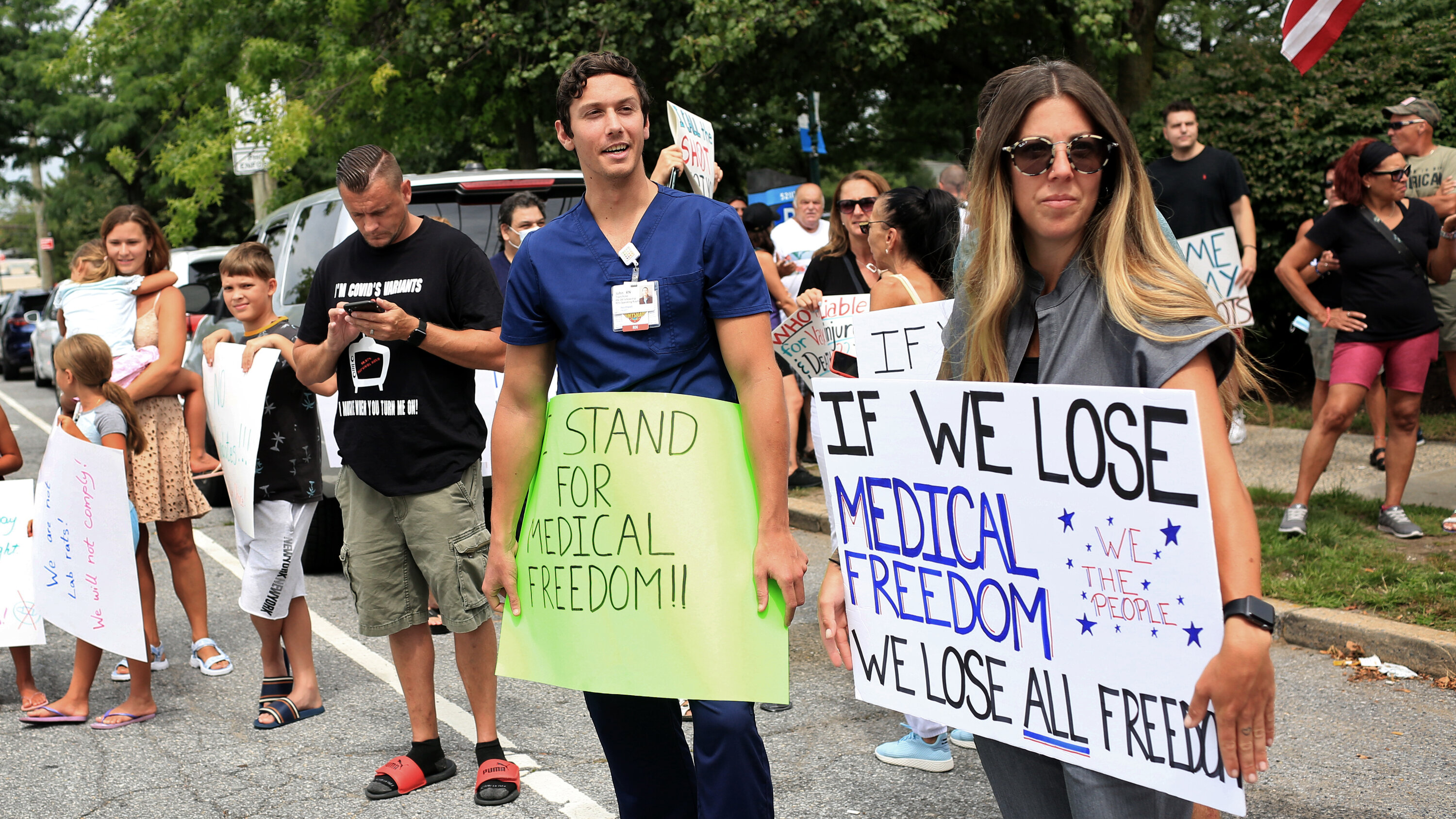 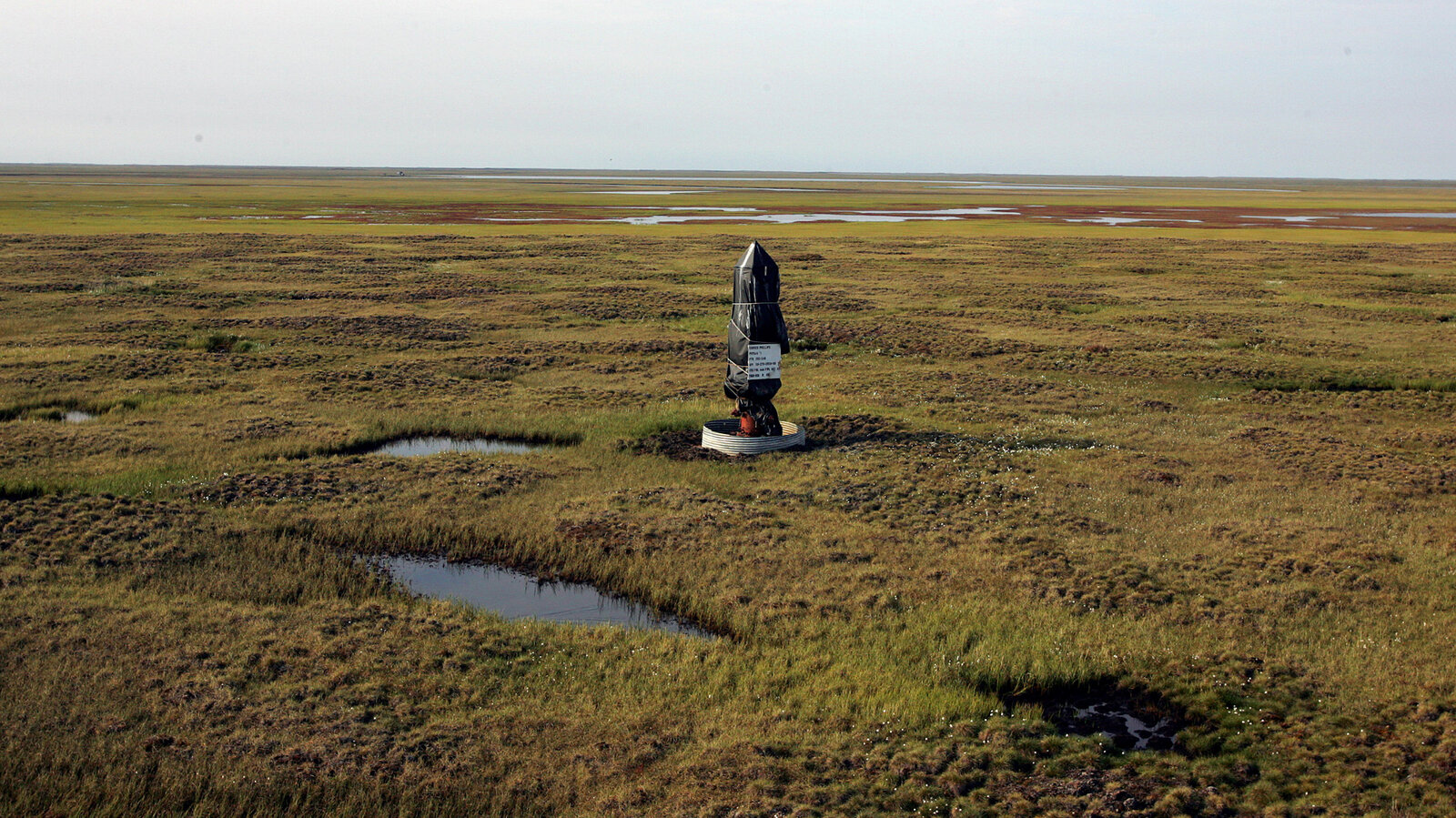 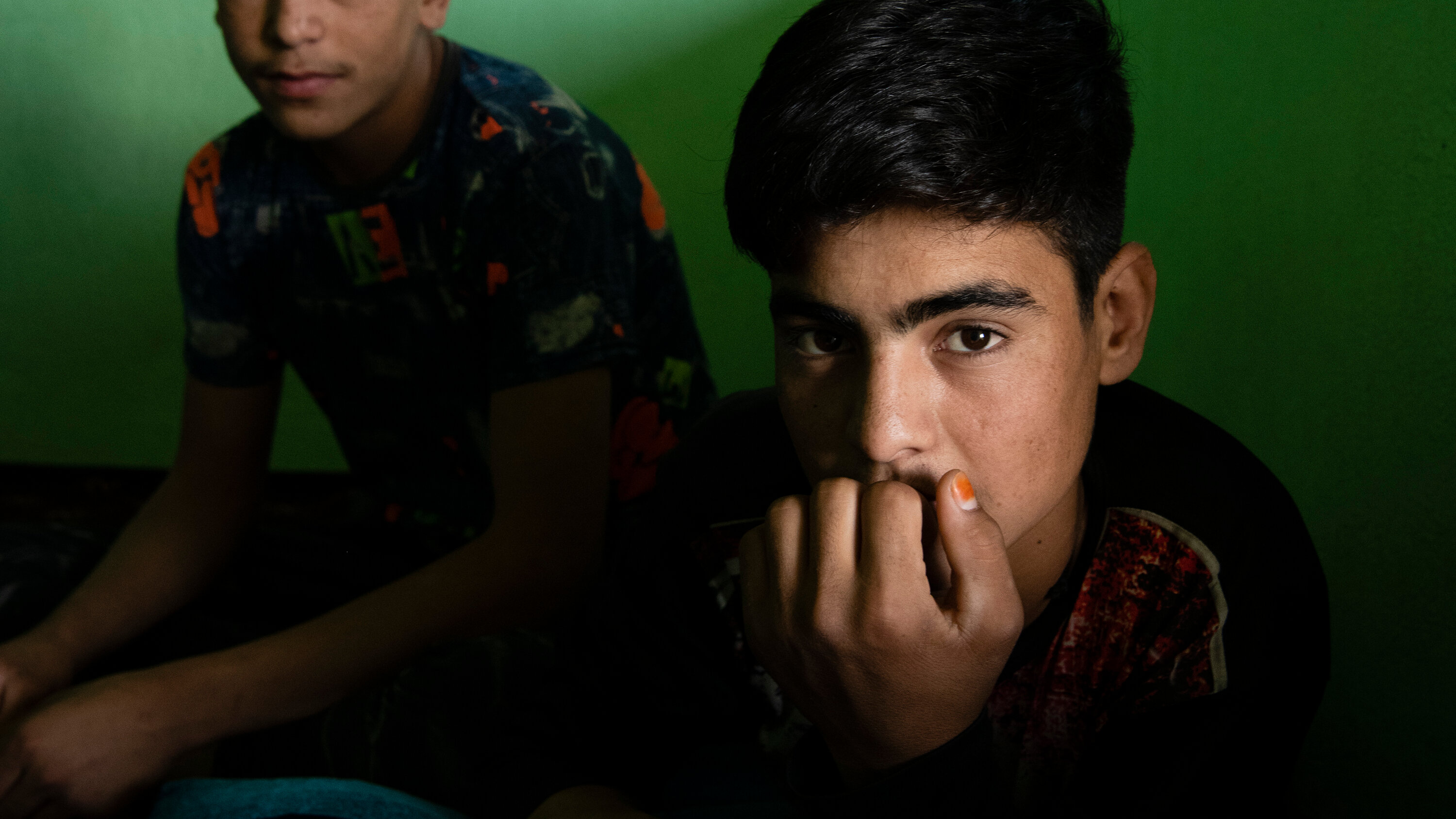